By Kitty Norris on August 6, 2015 in Depression, loving and encouraging words for the day!, Mental and Emotional Health, skills for our tool kits, Wellness and Prevention

“Look deep into nature, and then you will understand everything better.” – Albert Einstein

It is no coincidence that nature is referenced as “Mother Nature.” There has always been a nurturing aspect from taking strolls in the mountains, forests, and deserts. Stepping into the abyss of nature has always giving me clarity and appreciation for life in ways the city could never do. You can’t find a more natural, inexpensive remedy. Scientists haven’t been able to pin point what exactly about nature has this healing effect.

A group of researchers at Stanford University have come to think that this nature effect has something to do with reducing rumination. The researchers define rumination as “a maladaptive pattern of self-referential thought that is associated with heightened risk for depression and other mental illnesses.” In other words, rumination is when someone focuses on the negative so intensely that it spirals into a continual pattern of negative thinking that eventually leads to depression.

There is a study published in the Proceedings of the National Academy of Sciences, in which the Stanford scientists experimented whether a nature walk could reduce rumination in 38 mentally healthy people. They chose people from the city because city people have “a somewhat elevated level of rumination resulting from the ongoing and chronic stressors associated with the urban experience.” 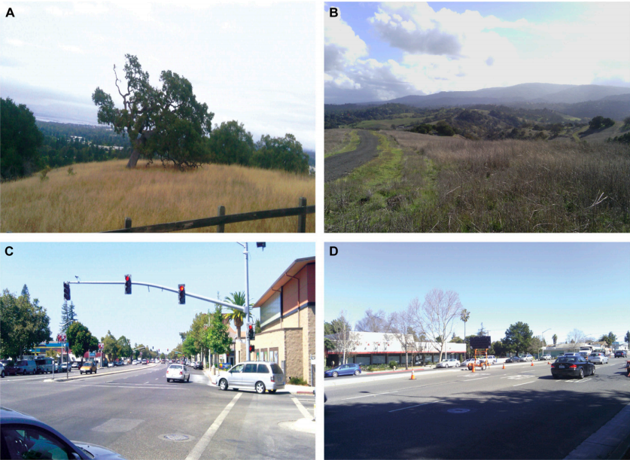 The researchers had half the participants take 90 minute walks in nature (pictures A & B) while having the other half take walks in an urban street setting (pictures C & D). As you can imagine, the participants walking in nature showed reduced rumination in their subgenual prefrontal cortices. Meanwhile, the urban walkers showed no improvement. The scientists credit this reduction to the positive distractions that are found in nature. 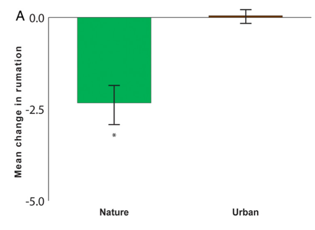 These types of studies are influencing architects and designers to add more greenery when constructing their blueprints. As we move forward, we must learn to build with nature rather than against. This will strengthening & heal our psyche as well as the environment we live in.

View all posts by Kitty Norris →

Learn about coaching and clearing for friends, family, and those preparing to cross over, in the format of the DyingConsciously.org shamanic hospice. Learn more . . .